The American Chemical Society (ACS) continues to monitor the rapidly expanding trajectory of the COVID-19 outbreak worldwide. Safety is a core value of ACS; it permeates all of our actions, activities and events. As such, the health and well-being of our members, event attendees and staff is paramount. After careful analysis of a variety of inputs and due to the growing concern for health and safety, ACS on Campus at the University of Puerto Rico, Río Piedras has been postponed until a later, undetermined date.

We thank you for your interest in ACS on Campus events and hope to host you one day soon.

For any questions regarding future ACS on Campus events, please contact us at acsoncampus@acs.org.

10 Tips for Scholarly Publishing with the ACS Editors

Enhance Your Research and Academic Career with SciFinder-n

Effective Communications: How to Communicate Your Science to the Public Monica Olvera de la Cruz obtained her Ph.D. in Physics from Cambridge University, UK, in 1985. She joined Northwestern University in 1986, where she is the Lawyer Taylor Professor of Materials Science & Engineering, Professor of Chemistry, Professor of Physics and Astonomy and of Chemical & Biological Engineering. She is the Director of the Center for Computation and Theory of Soft Materials. From 1995-97 she was a Staff Scientist in the Commissariat a l’Energie Atomique, Saclay, France, where she also held visiting scientist positions in 1993 and in 2003. She has developed theoretical models to determine the thermodynamics, statistics and dynamics of soft materials including multicomponent solutions of heterogeneous synthetic and biological molecules, and molecular electrolytes. She is a member of the National Academy of Sciences (NAS), the American Academy of Arts and Sciences and a Fellow of the American Physical Society (APS). She was awarded the 2017 APS Polymer Physics Prize, a National Security Science and Engineering Faculty Fellowship (DoD), the 2007 Cozzarelli Prize (NAS), the Presidential Young Investigator Award (NSF), the Alfred P. Sloan Fellowship, and the David and Lucile Packard Fellowship in Science and Engineering. She is a member of the US Department of Energy’s Basic Energy Sciences Advisory Committee and a Natalia Martin, Ph.D., is a project manager at the American Chemical Society (ACS) Graduate and Postdoctoral Scholars Office where she manages the ACS Career Kick-Starter and Postdoc to Faculty Workshops. In her role, Dr. Martin is also involved in other programs and projects aimed to provide career and professional development resources to graduate students and postdocs in the chemical sciences. She is also currently a member of the Board of Directors of the National Postdoctoral Association. Prior to joining ACS, Dr. Martin was a senior research associate at Michigan State University (MSU) where she also served in several leadership positions at the MSU Postdoctoral Association (PDA) and co-advised the MSU chapter of the Society for Advancement of Chicanos/Hispanics and Native Americans in Science. Dr. Martin has a B.S. in Biotechnology and Ph.D. in Biological Sciences from the Universidad Nacional de Rosario, Argentina.  She has over 12 years of experience in STEM research and 3 years of experience in graduate career and professional development. Alfonso has been with CAS (Chemical Abstracts Service) since August 2016. His initial role was as a Sales Manager for Mexico and he is now the regional sales manager for LATAM. Before joining CAS, Alfonso worked for two years as Technology Director for Tekniset de Mexico, a compounder of specialty polymeric materials. He also worked four years as Market Developing Manager and Managing Director of Macro-M, a startup company of KUO group in nanomaterials and nanotechnology and other four years as Managing Director of CID (R&D Center of KUO Group in Mexico). Alfonso holds a Ph.D. and M.S. in Chemical Engineering from the University of Texas at Austin and a Bachelor of Science in Chemical Engineering from the Universidad Iberoamericana in Mexico. 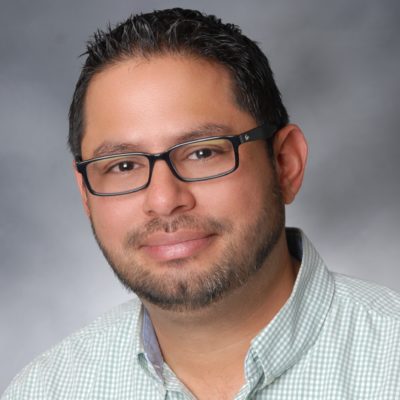 Dr. Toro earned his Bachelor’s degree in Chemistry from La Universidad del Zulia (Venezuela), where he was started his academic career as a computational chemist. In 2010, Carlos obtained his Doctorate degree in Chemistry (Material Science track) from the University of Central Florida, where he used multi-photon absorption spectroscopy to study the nonlinear optical properties of chiral molecules. Afterwards, Dr. Toro held a position as the Ellen D. Williams Distinguished Postdoctoral Fellow at the University of Maryland, where his research focused on the study of high resolution transient infrared absorption spectroscopy of molecular super rotors. In Spring 2014, he joined the ACS Publications Division as Managing Editor. Gilmar Rosas is a Marketing Program Manager with the Global Events team at the American Chemical Society (ACS). He manages marketing and program development for the ACS on Campus program and identifies creative ways to engage with students. In this role, he develops outreach efforts designed to connect students with ACS on Campus and develop helpful and engaging programming. Gilmar joined ACS in 2018 with a background in digital marketing and program management. Gilmar holds a BA in Sociology from American University. Dr. Jose F. Rodriguez-Orengo is Professor at the Department of Biochemistry, School of Medicine at the University of Puerto Rico and has more than 25 years of experience in higher education and scientific research with more than 75 peer-reviewed articles (basic, clinical, public health). He is the leader of the student activities of the Puerto Rico IDeA Network for Biomedical Research. Dr. Rodriguez-Orengo is CEO and CSO at FDI Clinical Research, a Clinical Research Organization in San Juan Puerto Rico where Phase 1 to Phase 3 are performed under FDA guidance. He is also Senior Consultant for the Puerto Rico Science Technology and Research Trust and Acting Director of the PR Public Health Trust. He was Executive Director at the Puerto Rico Institute of Forensic Sciences where he completed a radical transformation using lean-six-sigma approach to increase productivity and improve the quality of the processes. He was Acting Chancellor at the UPR-Medical Sciences Campus. With a research group of UPR-Medical Sciences Campus’ Professors, he is one of the founders of MBQ Pharma, the first Pharmaceutical Company developing anticancer products patented by the UPR. He was awarded in 2019 the Osvaldo Ramirez Award, the highest distinction for a chemist in Puerto Rico. He has the vision of integration and collaboration among different entities towards a common goal of promoting Puerto Rico as a premier site for clinical research. Mariana was born in Caguas, Puerto Rico. In 2004, Mariana obtained a bachelor degree in Chemistry from the University of Puerto Rico, Rio Piedras Campus. During the undergraduate years she performed research in organic chemistry under the guidance of Dr. Jose Antonio Prieto, receiving a fellowship from the Minority Access to Research Careers program for 2 years and presenting her research work in synthesis of polypropionates at ACS meetings. She started graduate studies at the UPR-RP graduate program working at Dr. Jose M. Rivera’s research laboratory. The main focus of her thesis was the Dynamics of G-Quadruplexes Assemblies, publishing 5 peer reviewed articles in journals such as: Journal of the American Chemical Society and Chemical Communications. She completed her PhD in 2012 and started a post doctorate position in Lilly del Caribe, Guayama PR. She has worked at Lilly since May 2012 attaining different positions in the technical service department and working at different Lilly locations including Ireland and Indianapolis. She is currently a Research Scientist and Molecule Steward for the manufacturing of Lispro Insulin at Lilly Carolina.