The event is FREE and open to all students and researchers studying the sciences, not just chemistry! All who attend the full event will receive a personalized participation certificate and the chance to win great prizes!

Note: you must register specifically for this session in order to receive the Zoom link. Prof. Ramesh L. Gardas was born and brought up in Surat, Gujarat. He completed B.Sc., M.Sc. and Ph.D. in Chemistry from the Veer Narmad South Gujarat University. Then he joined University of Coimbra and University of Aveiro, Portugal, and Queen’s University Belfast, UK for his postdoctoral research on physico-chemical properties and applications of ionic liquids. In 2010, Dr. Gardas joined the Indian Institute of Technology, Madras, India, as an Assistant Professor in Chemistry, and was named full Professor in 2020.  Dr. Gardas has been bestowed with several awards by prestigious institutes/ societies including the Mid-Career R&D Award-2020 by IIT Madras. Recently, he has been recognized as (i) Associate Editor of an American Chemical Society Journal, Journal of Chemical & Engineering Data, (ii) Fellow Royal Society of Chemistry (FRSC), UK, (iii) Publons Top Peer Review Award 2019 (Top 1% of Reviewers in Chemistry), and (iv) Featured in the list of “World Ranking of Top 2% Scientists” in 2021 database created by experts at Stanford University, USA. D. Sarma obtained a 5-year Integrated MSc degree in Physics from the Indian Institute of Technology, Kanpur, in 1977 and a Ph.D. Degree in 1982 from Indian Institute of Science (IISc), Bengaluru. He worked in Kernforschungsanlage (later renamed as Forschungszentrum), Jülich, Germany, as a Visiting Scientist during 1984-1986. He was a faculty member at Solid State and Structural Chemistry Unit of IISc during 1986-2021 and was the first holder of the J. N. Tata Chair of IISc during 2017-2020. He is now serving as an Honorary Professor (2021-2026) and CSIR Bhatnagar Fellow (2021-2024) at IISc. His research interest spans the science of strongly correlated electron systems, primarily based on transition metal compounds, semiconductor nanocrystals and energy materials using a wide range of experimental and theoretical tools. He has published about 500 scientific papers and holds several patents. He is an elected Fellow of all three Indian science academies, the Engineering Academy in India, the World Academy of Sciences (TWAS), and the American Physical Society. He has received many national and international awards and recognitions, including multiple Honoris Causa Doctorate degrees. He has held several academic positions outside of his parent organisation (IISc), including many Honorary/Guest/Visiting Professorships, such as Gaspard Monge Visiting Professor at Ecole Polytechnique (May-July 2019), University Professor of “Computational Material Physics,” University of Vienna (May 2017), Guest Professor of Physics, Uppsala University (2011-2016), Visiting Professor at Department of Complexity Science and Engineering, University of Tokyo (2001-2002), Distinguished Scientist of CSIR (2011-2016), MLS Chair Professor at IACS (2006-2009), Adjunct Professor at TIFR (2003-2009 and 2011-2014), Honorary Professor at JNCASR (2003-to date) and SNBNCBS (2014-2020), and Distinguished Visiting Professor (2009-2014) and Eminent Visiting Fellow (2018-2023) at IACS. Further details can be found on his group webpage (https://sscu.iisc.ac.in/people/DDSarma/) and on his Google Scholar page: (https://scholar.google.co.in/citations?hl=en&pli=1&user=2yLbffsAAAAJ). 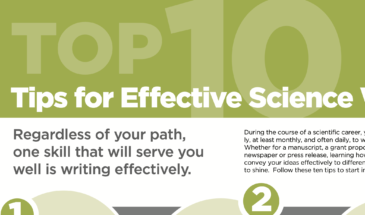 Watch and share your favorite parts of the agenda! The full recording of ACS on Campus: ICT Mumbai is now available.

Follow these tips to manage research data effectively, meet funder compliance, and ensure your findings have long-lasting value to the scientific community.