Virtual Event
Login details will be sent to registrants

Understanding and navigating the publishing process can be tricky. ACS on Campus is excited to bring you this “off-campus” virtual event on August 10 full of information about the peer-review process, copyright and ethics basics and ACS resources available to help you along the way.

Peer Review: Why, How To, and What Not To Do

Essential Skills for a Successful Career

Q&A with the speakers Editor-in-Chief, The Journal of Physical Chemistry

Joan-Emma Shea received her B.Sc. with first class honors in from McGill University in MontrŽal, QuŽbec, Canada. She then earned her Ph.D. at Massachusetts Institute of Technology (MIT) under the advisement of Professor Irwin Oppenheim. While at MIT, she was awarded a graduate fellowship from the National Sciences and Engineering Research Council of Canada (NSERC). Upon graduating from MIT, Dr. Shea was awarded a NSERC postdoctoral fellowship and spent three years at the University of California, San Diego, working jointly with Professors Charles L. Brooks III and JosŽ Onuchic. In 2000, Dr. Shea was hired as an assistant professor with the Department of Chemistry and the James Franck Institute at the University of Chicago. In 2001 she moved to the Department of Chemistry and Biochemistry at the University of California, Santa Barbara. In 2006, she was promoted to the rank of associate professor and followed that in 2008 with a promotion to full professor. In this time, Dr. Shea was awarded an NSF CAREER award, an Alfred P. Sloan research fellowship, a David and Lucille Packard award, and the Cottage Hospital Biomedical Award. 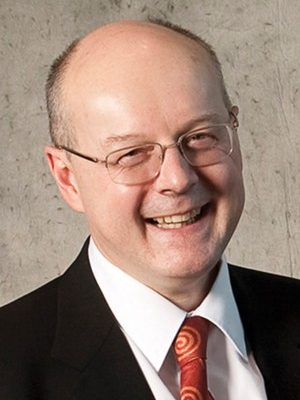 Gilbert Walker is a Distinguished Professor in the Department of Chemistry of the University of Toronto. He is the Associate Scientific Director, Nanomedicine Innovation Network and the Chief Technical Officer of Sylleta Inc., which is developing technologies for aquaculture. Walker earned an AB in Chemistry and Mathematics from Bowdoin College in 1985 and did undergraduate research with Ronald Christensen. Walker’s PhD in Chemistry in ultrafast chemical dynamics was earned in 1991 from University of Minnesota, working with Paul Barbara. He was an NIH Postdoctoral Fellow with Robin Hochstrasser at University of Pennsylvania where he studied early events in bacterial photosynthesis. He was a tenured professor at University of Pittsburgh from 1993-2004 before moving to Toronto as a Canada Research Chair Professor in 2005. Dr. Anubhav Saxena is an innovation specialist with 20 years of diverse research experience. Prior joining to Pidilite, Anubhav was Global Technology Director-Corporate R&D (CRD) at Momentive Performance Materials where he defined CRD vision, strategy and metric for successful CRD organisation and developed an ecosystem for driving innovation. He earned his M.Tech. and Ph.D. degree from IIT Delhi in 1998 and 2002, respectively. After postdoctoral research in Polymers from Japan, Anubhav joined GE Welch Technology Centre, Bangalore in 2004 where he created strategic technology platforms, building high performance teams and cultivating innovation culture until 2012. Anubhav owns about 45 global patents and authored more than 40+ research articles, reviews, highlights, book chapters in peer reviewed international journals and magazines. He is a Fellow of the Royal Society of Chemistry, UK (FRSC) and on the Advisory Board of American Chemical Society’s flagship magazine Chemical & Engineering News (C&EN), and multidisciplinary journal ACS Omega and The Academy Trust of The Indian Academy of Sciences Bangalore.