Vhall platform, the registration will be open soon!

ACS on Campus is excited to partner with Soochow University on August 9 to bring you this “off-campus” virtual event full of information about the publishing process and ACS resources available to help you along the way.

What You Will Learn:

The program is FREE and open to all students and researchers studying the sciences – not just chemistry. You do not have to be a student at Soochow University to attend.

Come for the information, stay for the chance to win a prize.

Registration will be open soon!

How to Get Involved in Peer Review Professor Nanfeng Zheng received his B.S. from Xiamen Univ. in 1998. In 2005, he obtained his Ph.D. degree from Univ. of California-Riverside. During 2005-2007, he worked as a research associate at Univ. of California-Santa Barbara. In 2007, he moved to Xiamen Univ. as a full professor. He is currently a Changjiang Chair professor at Xiamen Univ. and also serves as deputy director of Collaborative Innovation Center of Chemistry for Energy Materials. He has received a number of awards including National Natural Science Award of China (Second Prize, 2018), Chinese National Young Scientist Award (2016), Distinguished Young Investigator Award from NSF-China (2009). Dr. Zheng’s research interests mainly focus on the surface and interface chemistry of functional materials for both fundamental research and practical applications, particularly in the fields of catalysis, energy and environmental science. He has published 180 articles with over 17000 citations. 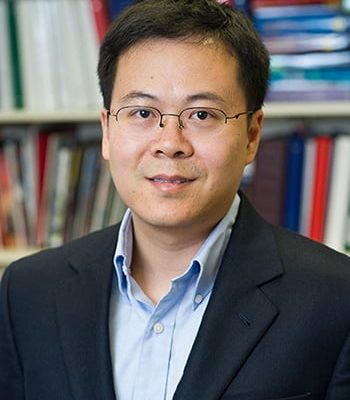 The primary Point of Contact for Editorial Services in China, managing and overseeing China-based editorial support team, while leading the Author and Reviewer Services outreach efforts in China. Dr. Xin Qian joined CAS in November 2015. She is responsible for the training, promotion and designing the case study for CAS solutions, such as SciFinder, PatentPak, etc. Dr. Qian is an expert in retrieving scientific information of chemistry, chemical engineering, energy, pharmacy, biology, material science via SciFinder and other CAS solutions; and she is also familiar with different types of chemical information searching tools. Before joining CAS, Dr. Qian worked as Associated Professor at the National Center for NANO Science and Technology, Chinese Academy of Sciences. Before that she did her post-doc research in the Dept. of Materials, University of Oxford since October 2013. She received her PhD degree in organic chemistry in Ecole Polytechnique, France; she got her master’s degree in chemistry in Memorial University, Canada and she got her Bachelor’s Degree of Materials Chemistry and Bachelor’s Degree of Business in Nankai University.