ACS on Campus, the American Chemical Society’s premier outreach program, will be hosting a virtual event in collaboration with Singapore University of Technology and Design.

At this 2-hour virtual event, you’ll hear from ACS Editors on their tips for publishing and writing skills in your research process!

The registration is open to SUTD students and staff only! Xiaodong Chen is the President’s Chair Professor in Materials Science and Engineering, Professor of Chemistry (by courtesy) and Medicine (by courtesy) at Nanyang Technological University, Singapore (NTU), and Scientific Director at the Institute of Materials Research and Engineering, Agency for Science, Technology and Research (A*STAR). He is the Director of Innovative Centre for Flexible Devices (iFLEX) at NTU, the Director of Max Planck – NTU Joint Lab for Artificial Senses, and the Deputy Director of Singapore Hybrid-Integrated Next-Generation μ-Electronics (SHINE) Center. He received his B.S. degree (Honors) in chemistry from Fuzhou University (China) in 1999, M.S. degree (Honors) in physical chemistry from the Chinese Academy of Sciences in 2002, and Ph.D. degree (Summa Cum Laude) in biochemistry from University of Muenster (Germany) in 2006. After his postdoctoral fellow working at Northwestern University (USA), he started his independent research career as Nanyang Assistant Professor at Nanyang Technological University since 2009. He was promoted to Associate Professor with tenure in Sept 2013, then Full Professor in Sept 2016. He was appointed as the President’s Chair Professor in Materials Science and Engineering in April 2019. His research interests include mechano-materials science, senses digitalization, flexible electronics technology, and cyber-human interfaces. So far, he has published more than 340 high-profiled papers and filed/applied more than 40 patents. He has been elected as a Fellow of the Academy of Engineering Singapore and a Fellow of Royal Society of Chemistry in UK. In addition, he was recognized by multiple prestigious awards and honors including Singapore President’s Science Award, Singapore NRF Investigatorship, Small Young Innovator Award, Singapore NRF Fellowship, Nanyang Research Award, Lubrizol Young Materials Science Investigator Award, Mitsui Chemicals-SNIC Industry Award in Materials and Nano-chemistry, and Friedrich Wilhelm Bessel Research Award. Singapore University of Technology and Design

Dr. Xiaogang Liu  is an Assistant Professor at the Singapore University of Technology and Design (SUTD). He obtained his Ph.D. degree from the University of Cambridge in 2014. He began his independent research with Singapore-MIT Alliance for Research and Technology (SMART) as a SMART Scholar (2014—2017). After joining SUTD in 2017, he led the Fluorescence Research Group to conduct research on the structure-property relationships of organic dyes, as well as develop high-performance fluorescent products for a wide range of applications. The fluorescence research group aims to contribute to the transformation of dye chemistry from trial-and-error to molecular engineering. 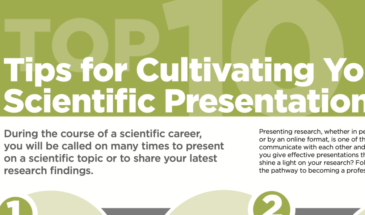 How can you give effective presentations that engage your audience and shine a light on your research? Follow these ten tips to start on the pathway to becoming a professional presenter.