In partnership with the Centre National Universitaire de Documentation Scientifique et Technique (CNUDST), ACS on Campus will hold a virtual event for students and researchers in Tunisia. Join us November 30th for an exciting afternoon of publishing insights, career tips, and the latest ACS Resources you can use to grow your career. Network with local professionals and peers and make lasting connections.

The event is FREE and open to all students and researchers in the sciences, not just chemistry! All attendees will receive a personalized participation certificate after the event.

Careers in the Chemical Sciences, presented in French Géraldine Masson is CNRS Research Director at the Institut de Chimie des Substances Naturelles, Gif-sur-Yvette, France. Her research program focuses on (1) asymmetric organocatalysis (2) photoredox-catalysis (3) and catalyst design. She received her PhD in 2003 from the Joseph Fourier University, France. She then moved to the University of Amsterdam, The Netherlands, as a Marie Curie postdoctoral research fellow. At the end of 2005, she was appointed “Chargée de Recherche” by the CNRS at the Institut de Chimie des Substances Naturelles (ICSN, Gif-sur-Yvette) in France. She was promoted to CNRS Research Director DR2 in 2014 and DR1 in 2020. She has received a number of awards, including CNRS Bronze Medal (2013), Novacap Prize of the French Académie des Sciences Award (2017) and Jean-Marie Lehn prize from the Organic Chemistry Division of the French Chemical Society (2019). She has been an associate editor for The Journal of Organic Chemistry since 2019. Andreea Argintaru is a Team Manager at Axalta Coatings Systems in Philadelphia, working in the Raw Materials Technology group. She holds B.S. and M.S. degrees in chemistry from Université Claude Bernard Lyon 1 in France and a Ph.D. in Organic chemistry from University of Pennsylvania. She has experience in organic synthesis, polymers, formulation and medicinal chemistry. For the past three years she has been a Member at large of the ACS Division of Organic Chemistry, where she recently served as chair of the Awards Committee and was part of the Diversity and Inclusion Committee. She is also a volunteer in the ACS Philadelphia local section. In addition to a strong technical background in organic chemistry, Andreea has a passion for coaching, mentoring and developing people, which is why she decided to join the ACS Career Consultants team in 2020. She can be asked about academic programs in U.S. and Europe, applying and choosing the right graduate school, career transitions, differences between industries and corporate cultures, CVs and interview preparation. Christina I. McCoy is the Program Manager for Global Student Engagement at ACS. She oversees the international student chapter program and comes to ACS with more than a decade in international education. She holds a Ph.D. from the University of Texas at Austin. Prof. Duboc received her Ph.D. from the University of Grenoble in 1998 under the supervision of Professor Marc Fontecave and Doctor Stephane Menage. Following a postdoctoral position at the University of Minnesota, with Professor William Tolman, she joined the High Magnetic Field Laboratory at Grenoble in 2000 and the Department of Molecular Chemistry at Grenoble in 2007, where she is now CNRS senior researcher. Prof. Duboc’s current research interests are on (i) bio-inspired complexes containing metal-sulfur bond(s) to develop catalysts for the activation of small molecules via multi-redox processes and (ii) on the elucidation of the magnetic properties of transition metal ion complexes based on a combined experimental and theoretical approach. 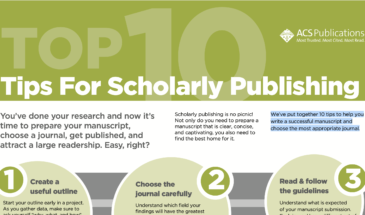 Watch and share your favorite parts of the agenda! The full recording of ACS on Campus: Tunisia is now available. 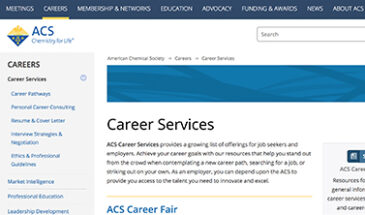 Achieve your career goals with ACS resources - stand out from the crowd, explore new career paths, search for a job, and more with ACS by your side.